GCC
Reputable producers united to focus on an issue that’s important to all: fighting the growing problem of counterfeit. 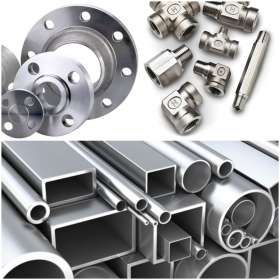 So far 17 producers of steel pipes, fittings and flanges have joined
the Fight Fake Products initiative to develop a joint plan of action to
withstand unfair competition that causes risks to industry and society.

During a press event to launch the initiative in April, Dr. Carlo Farina, Managing Director of Friedrich Geldbach stated: “Today is the
very first time that so many key suppliers are raising their voices as
one, the first time that counterfeiting and forgery evidence is brought
so openly and so strongly directly to the public. The main goal of
creating the Fight Fake Products Initiative is to act as a strong,
coherent voice for European industry in the fight against the manufacture, distribution and sale of counterfeited products.”

Ms. Anaïs Eiden, Group Senior Legal Manager at Vallourec, added “The
use of counterfeited products creates significant risks for our industry. It is not just about loss of profit and reputation. Use of faked products can cause serious environmental problems.”

In a strongly worded statement the group announced “We will fight
these illegal actions with all possible means. Our battle is to make it clear to all that this practice is a violation of the law”.

Standing together The Fight Fake Products Initiative welcomes all reputable producers to join the group and fight global counterfeiting; see www.fight-fake.org for information.

In an official statement the group said: “We believe that only good
quality, high standards and guarantees on product origin can achieve a
solid future in the oil & gas industry.However, we are also well aware that another parallel market exists and proliferates, in which quality is replaced by a search for the cheapest product. In an attempt to combine quality and low cost, many companies and traders rely on illegal practices, with the clear goal of distributing large quantities of the cheapest product, only at first glance approved-branded, on the market.

It is widespread practice to buy stock of products from other countries, before importing, marking and certifying them (or letting them be marked and certified directly at origin) with an approved manufacturer’s name. The policy of the initiative in this regard is extremely clear: we will fight these illegal actions with all possible
means. Our battle is to make it clear to all that this practice is a violation of the law.”

Andrey Burtsev, VP of Sales at Interpipe gave a sobering account of his company’s struggle against counterfeiters and added “Counterfeiting of steel is growing, particularly in the Middle East. The use of fake steel here raises vital safety issues…Counterfeiters copy certificates and production documents, but they can’t copy quality. It can be a
real threat for society.”

As Michael Kremmel from Erne Fittings concluded: “We need to make customers, legal authorities and governments aware of this malpractice so they can face it and react accordingly. Surely, producers do it on a day to day basischecking certificates, verifying documents. But it is not enough. As an organized group we will be in the position to address
these cases by any means”.